I recently completed the painting below. This piece has been under construction for an incredibly long time. I started it back in November of 2005 when we were in Punjab. Around January 2006, I was convinced it was done. I spent 8 months trying to convince myself it was done. Still, it didn't sit right, so I ended up tanking virtually everything except the background building just above the main figure. Then I altered the composition and added the figures and motorcycle. Around May of the 2006, I thought I was almost done. Then it just kept inching along; some details here, a little color there, a bit more light, a little less, and on and on. Ultimately, I consider a painting done if 2 months have passed and I still don't want to change anything. I'm only on week 6, so only the next 2 weeks will tell! 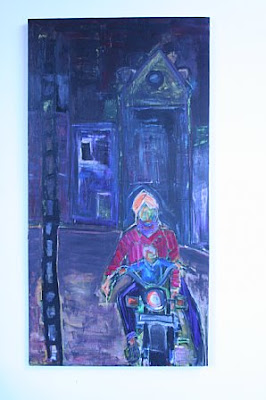 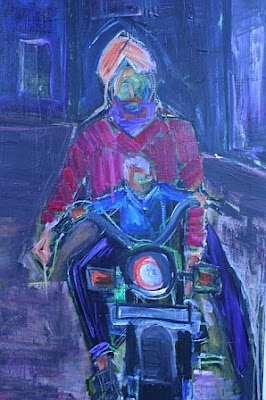 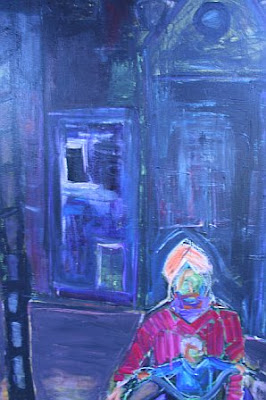