All drawings below are in ink, pastel and charcoal on 11"x14" paper. I've been a little late posting these, but they were all done in the first month or so when I returned from the big trip back in the late fall of 2010.

This first sketch is from a great scene in Madrid during the Sunday markets. We were wandering through throngs of folks when I looked up and saw two brilliantly dressed mannequins dancing for us market goers. 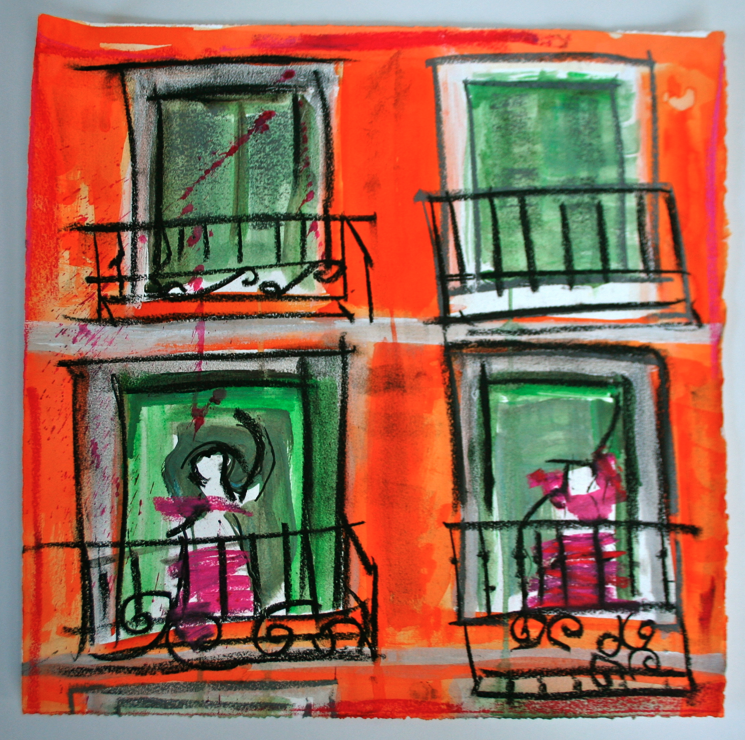 I can't remember for sure where this one is from, but I think it's from Lyon. We ended up spending a wonderful week here while failing repeatedly to get a train to Italy. Warning: don't have an agenda while traveling in Europe in August. It is much more fun to have your plans tossed out by striking French train workers. 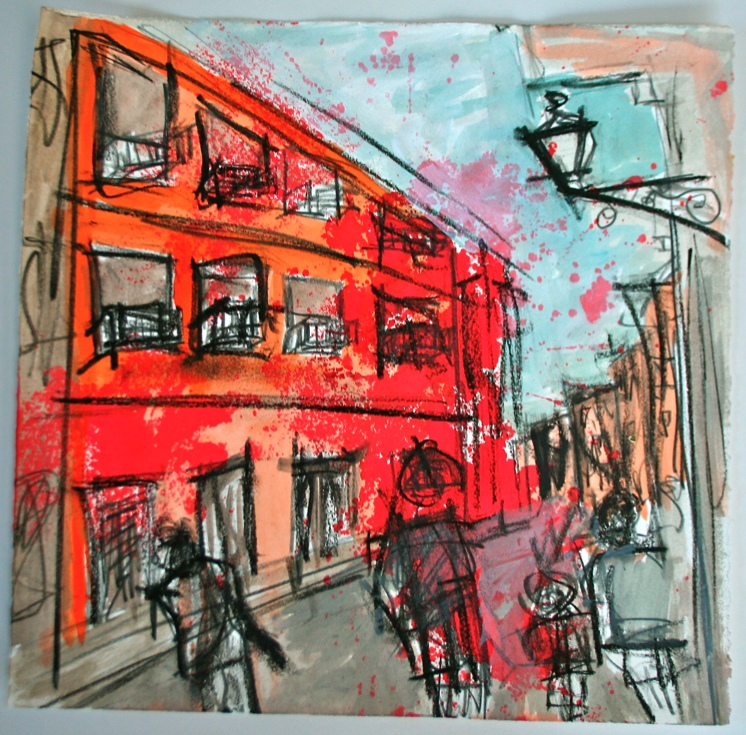 Drawn from a photo shot by my daughter Ananya, the missing family member in this shot out front of Notre Dame in Paris. 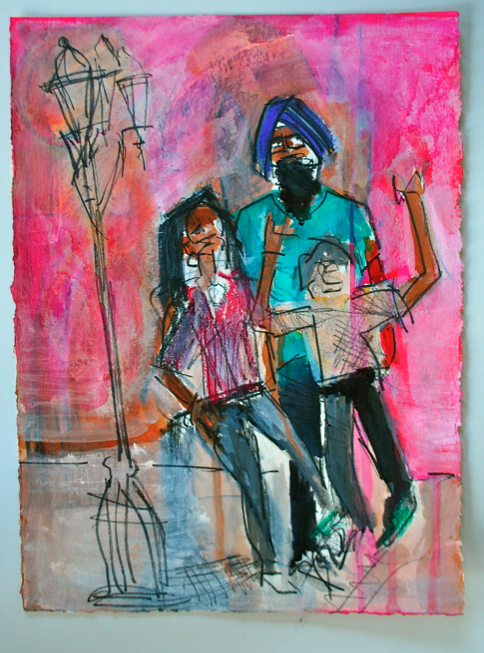 A beautiful mundir on route to Manali in Himachal Pradesh in northern India. 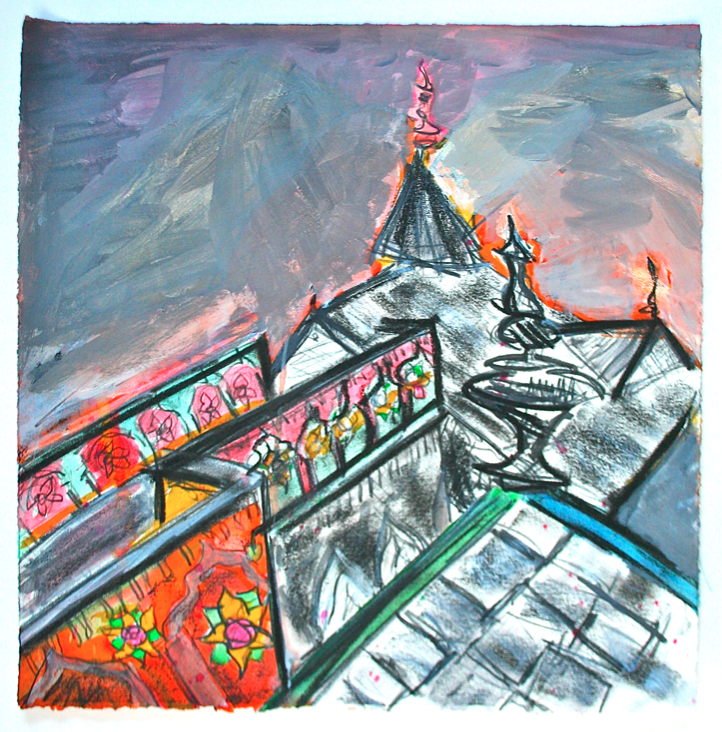 Super loaded truck, one of millions, chugging along the Himalayan roads of Himachal Pradesh. 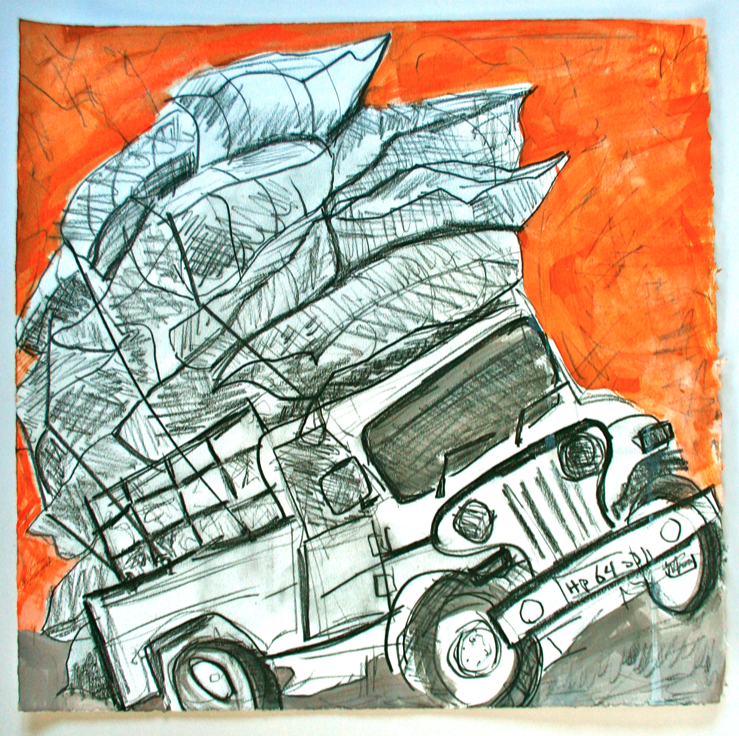 On route to lunch in Preixan in southern France. I must have spent 10 minutes staring at this stunning bottle of olive oil. 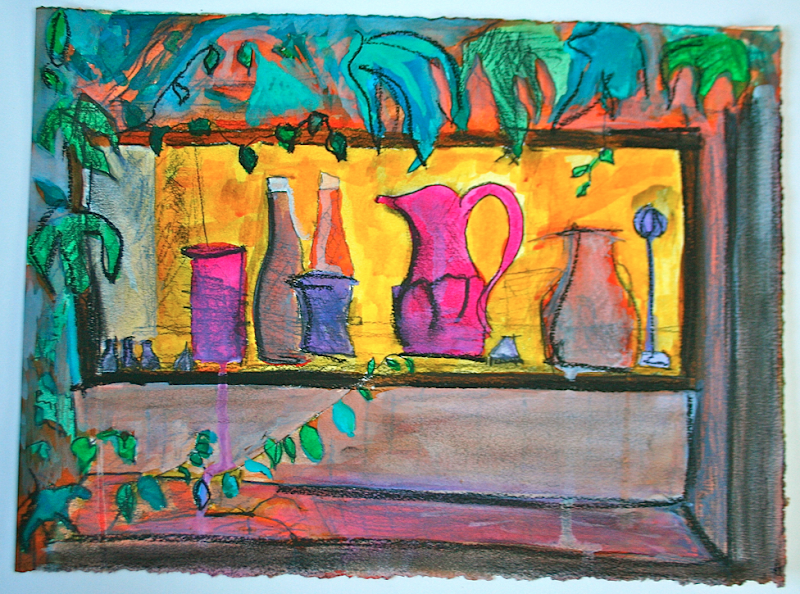 I think this one is from San Sebastion in Spain - what an amazingly beautiful city. 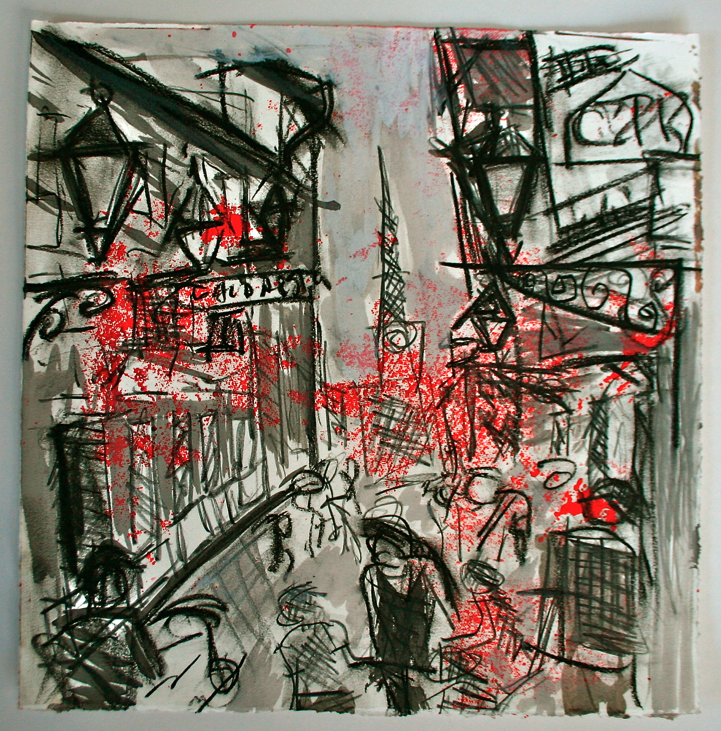 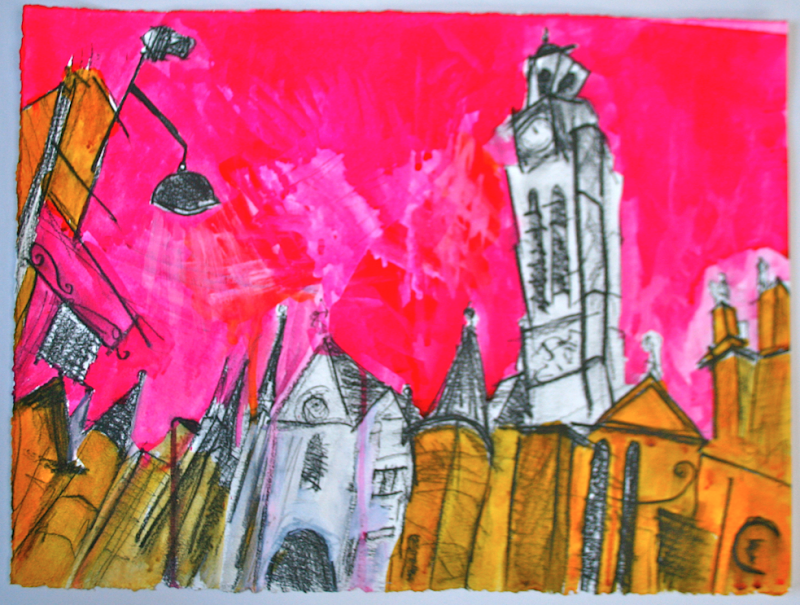